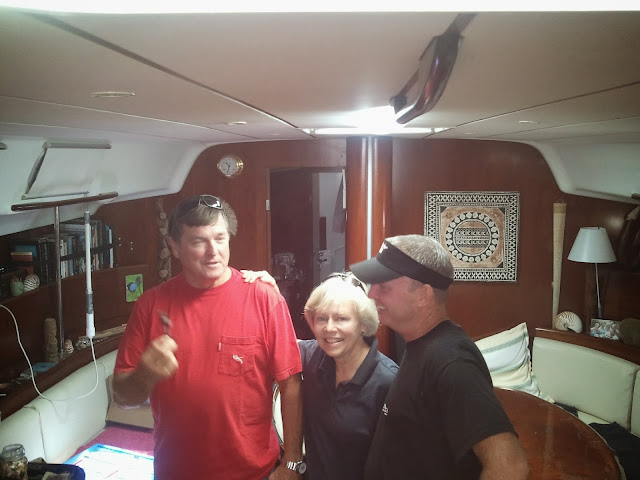 We had been hoping to get a chance to visit our friends on sv Wombat of Sydney, Mike and Lynn Brown, for some time.  They had just recently completed a 5 year (?) circumnavigation and we they were now back in Georgetown, SC.  We had become friends with them in the Bahamas (click here) in early 2006 and had stayed in touch with them as best we could as they traveled across the Pacific.

They went through the Panama Canal to the Galapagos Islands of the coast of Ecuador, then to the South Pacific islands, Australia, around the southern tip of Africa, and across the Atlantic back to the U.S. It had been over 5 years since we had last seen them, and we had a great time together.  We caught up on what was new with each other, and we quizzed them about the South Pacific and what it was like compared to the Caribbean. 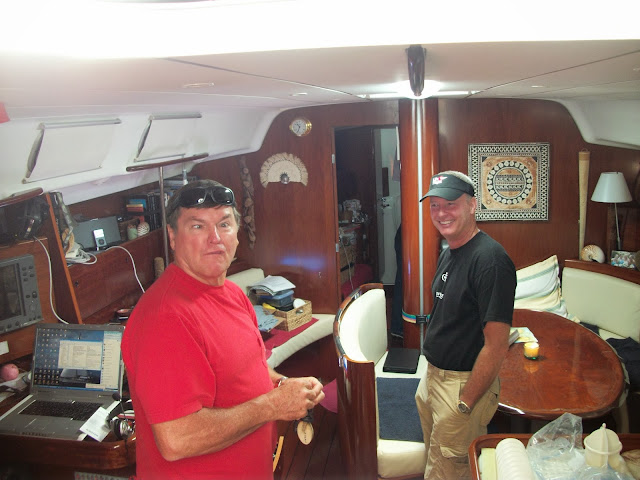 After talking until the wee hours of the morning on the first night, Dahleen and Lynn still found the energy to hit the outlet stores near Myrtle Beach the next day.  Greg and Mike hung around and worked on the boat, getting it ready to go offshore in a few days.  It brought back good memories for Greg, as he and Mike worked on various boat projects together in the Bahamas.  In just a few days, Wombat of Sydney and crew where headed to the NE U.S. coast for the summer.

The two fun-filled days with them catching up and talking of future plans sure made us excited about pursuing our plan of cruising.  We certainly hope we can get back out on the water and buddy boat with them again.