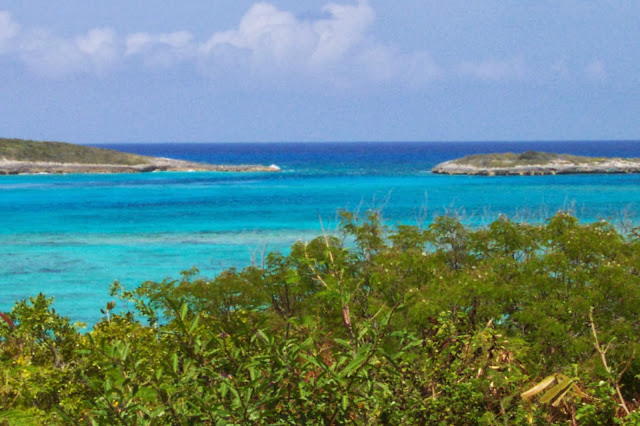 We made a blog entry early in 2012 regarding boat shopping.  Things have changed a little and we felt this topic could use an update.

One of the things that makes boat shopping so difficult is the variables involved.  Even in our case, where we knew that we wanted a Beneteau, and we thought we knew we wanted a 50 foot boat, it is still difficult.  As it turns out, we decided to consider models other than the Beneteau 50.  There are different models Oceanis 46, Oceanis 461, First 47.7, Oceanis 473, Oceanis 49, Oceanis 50, etc.  Of course, each has its own unique features, layouts, interiors, ect.

Then, you can start comparing condition: Bristol (excellent), very good, above average, average, below average.

As you can see it can become a nightmare to analyze.  Dahleen can tell you that I am analytical by nature….she really thinks I am analytical.  After deciding we were buying a Beneteau 46 to 50 footer, the first thing we tried to do is make a list of what we HAD to have in a cruising yacht….keeping in mind that it was going to be our home for the next 10 years or so (good Lord willing).  Here’s what we came up with:

(note: one of the reasons that a generator, a watermaker, and a updated chartplotter were on the nice to have list is we took the ones off of our other boat that I had installed new.)

Once we made the above lists it became apparent that we were not going to find a Beneteau 50 that met all of our MUST HAVES.  Over the period of 2.5 years of searching there have been two, that’s right, two boats that had what we wanted.  One was in our price range, but in Spain (when we were in the US…before all of our recent trips to Spain) and it only stayed on the market about 2 weeks.  The other was way out of our price range and stayed on the market for over 2 years before the owners gave up and took it off.

What to do, what to do?  B-461 or First 47.7 ?   Boat buying is a series of compromises unless you have unlimited money and can design and build your own boat.  The 47.7 would sail faster than the 461, had a beefier winches & rigging system, but ergonomically and esthetically the 461 suited us better.  Since we are going to be cruisers instead of racers, we decided that ergonomics wins out.  Remember, boat buying is compromising….we are sacrificing a little on the performance side while sailing, for better functionality and comfort while anchored.  Let’s face it, we will be anchored much, much more than we will be sailing; just like most people spend more time in their house than they do their car.

What turned the tables?  Specifically, we didn’t like the huge wheel at the helm blocking access to the rear, the traveler so far aft, no sugar scoop for convenient boarding at the rear, and the Pullman berth in the front cabin.  Our previous boat had the Pullman and we weren’t as comfortable as we would have like to have been.  The centerline Queen berth in the Master cabin of the 461 will be much more to our liking.  Again, buying a boat is a series of compromises…..and everyone has a different opinion regarding what is important.  In the end, it is important that we focus on what we consider important to us when selecting our next home.
Posted by Knot Tide Down at 7:32 AM No comments: 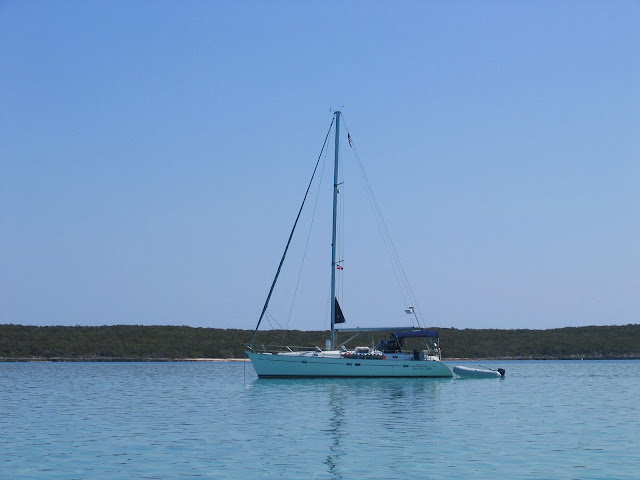 Ever since we sold our other sailboat (sv/Into the Light) back in 2008, we knew that we would one day again be boat owners.  We had both enjoyed the cruising lifestyle SO much when we took our 6-month cruise of the Exumas that we knew we would do it again as soon as we felt like we financially could.

Having read so many cruising blogs over the years, and having talked to a number of full-time cruisers while we were in the Bahamas, we knew we had needed to be completely debt free, and the next boat had needed to be paid in full before we took off again.  So many people set out without adequate financial means, and sometimes even without a sound financial plan, only to have to return to dirt-dwelling or, at least, return to land for a time to work and replenish the cruising kitty.

While being debt-free and having the boat free and clear would delay us a year or two, we decided that in the long run it was the prudent thing to do.  So, we have made some sacrifices along the way over the last 3 or 4 years (some BIG ones, a lot of smaller ones) to get to the point we are almost ready to take the plunge back into boat ownership and prepping to cruise again in several months.

One of the bigger sacrifices we made in order to get “back out there” cruising on a boat was to sell our boat.  Sounds contradictory doesn’t it?  The reality of the situation was it was costing us over $1000/month to own and, after the 6-months of cruising in the Bahamas, we weren’t able to utilize it enough to make it financially feasible.  We were living/working in the Knoxville, TN area and the boat was on the east coast in Charleston, SC over 6 hours away.  No way for us to get out of debt with that kind of outflow of money!

We were fortunate to sell the boat after a reasonable amount of time on the market and I removed a lot of the upgrades we had added so we could use them on next boat we bought……generator, watermaker, chartplotter, 300’ anchor chain, our Rocna anchor, marine gas grill, cockpit cushions, new dinghy, new dinghy outboard, etc.  Removing the generator and watermaker was a lot of work (though not as much work as the initial install) but it will be worth it.

Another significant sacrifice we made was working a traveling job.  Though we both love to travel, being on the road ALL the time does take its toll on you.  Sometimes you simply just want to be at home.  The only way I would have taken the higher-paying float pilot job with Med-Trans was if Dahleen would/could travel with me.  Hence, we bought a used motorhome and she did just that.  It was a win/win/win situation.  We got to travel and see some places we would never have seen otherwise, we were together, and we made some good money.

The biggest sacrifice we made, and are currently still making, is my working in Afghanistan.  Neither of us likes the situation, but we have a goal to achieve and once that is accomplished (the good Lord willing)……I am OUTA HERE !!!!

It has been "uncomfortable", but it shouldn’t be too much longer.  I do plan on being back in the States, for the first time in a year, during the month of February.  I am looking forward to seeing family and friends that I haven’t seen in a long time.  I actually left home Sep 2012, but didn’t deploy to AFG till Feb 2013.  The current plan is to retire mid-July, 2014 and take a couple of months to prep the boat for cruising, then push off the docks next fall.

Prep the boat?  What boat?  Stay tuned!
Posted by Knot Tide Down at 7:25 AM No comments: