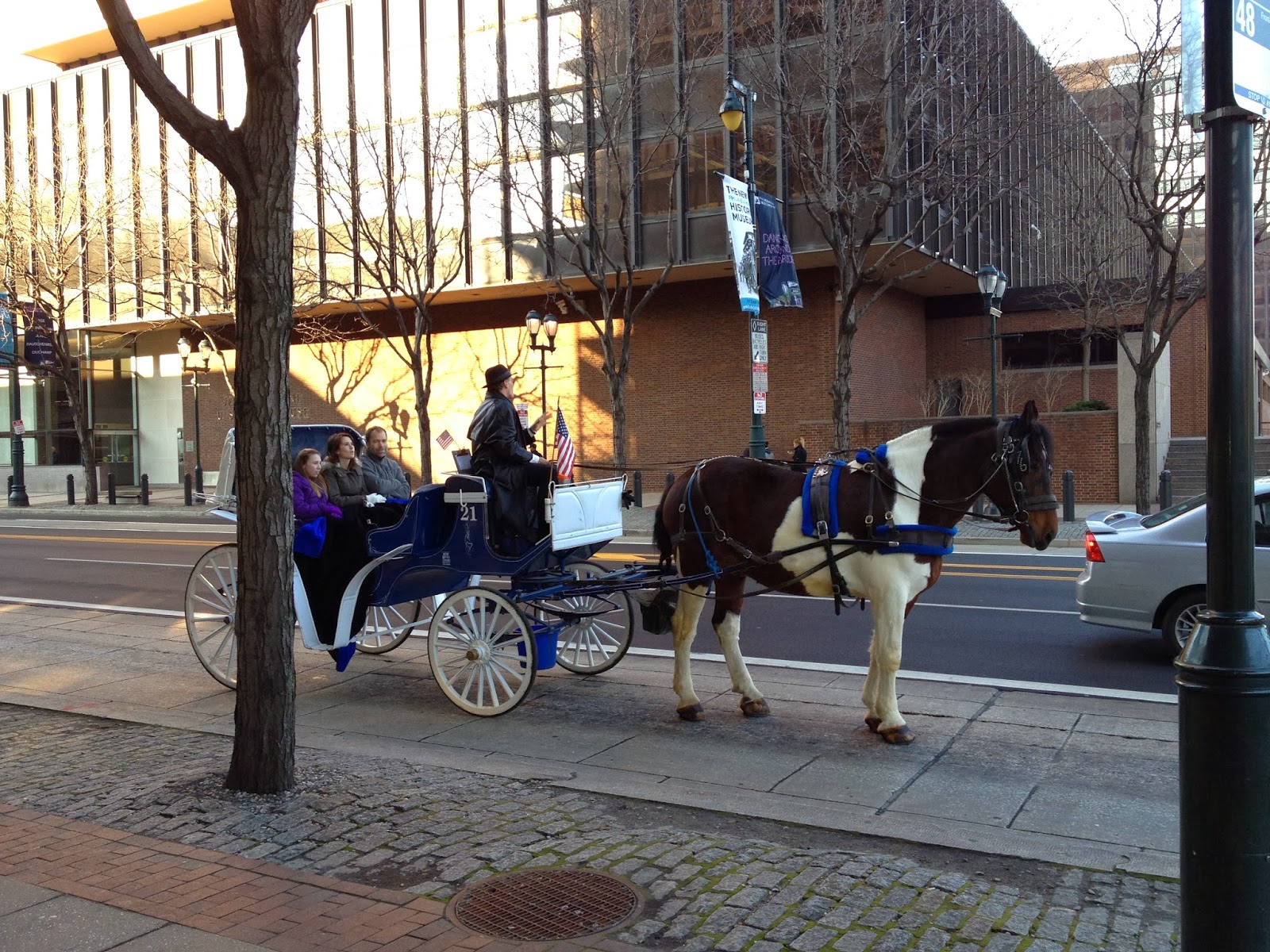 The obligatory horse and buggy tour thru the historic district.


I have always enjoyed history….especially American history.  I remember my high school American history teacher, Miss Hodges, being one of the best teachers I ever had.  I know what you are thinking……MISS Hodges, she must have been a hot, single, young teacher that I had a secret crush on…..NOT.  She was probably in her late 50’s at the time, and to my knowledge never married.  But, she was a great teacher and a great person.  She was good at her job for a number of reasons, but the one that really stood out to me was the fact that she loved WHAT she taught.  She really had a love of this country that came across daily in how she taught American history.  She was passionate about it.

We were forced to memorize the Preamble to the Declaration of Independence…..”When in the course of human events, it becomes necessary for one people to dissolve the political bands……” ; and the Gettysburg address……”Four score and seven years ago, our forefathers brought forth upon this continent a new nation, conceived in liberty and dedicated to the principal that all men are created equal……” I still remember most of both of them.  At the time, we hated it…we thought we would never be able to complete the task.  Part of the problem, at the time, was we were memorizing words instead of the thoughts, principals, and ideas those words were communicating.  Life has taught me to appreciate the ideas and principals behind the words, and maybe that is why it is easier for me to remember now (40+ years later), than it was for me to learn it in the first place.

That was a long lead-in to this post.  Dahleen and I had the opportunity to visit Philadelphia’s historic district for the first time the other day.  Wow, I really enjoyed it.  I wish I had a whole week to visit and digest all there is to see.  To visit places where Ben Franklin, George Washington, Thomas Jefferson, Thomas Paine, Betsy Ross and other American revolutionary heroes lived and/or worked was fascinating.  We visited Independence Hall, where the Declaration of Independence was drafted and signed; the Liberty Bell; Betsy Ross’ house; Ben Franklin’s house and neighborhood; and countless other places of historical significance.  Just wish we had more time…. 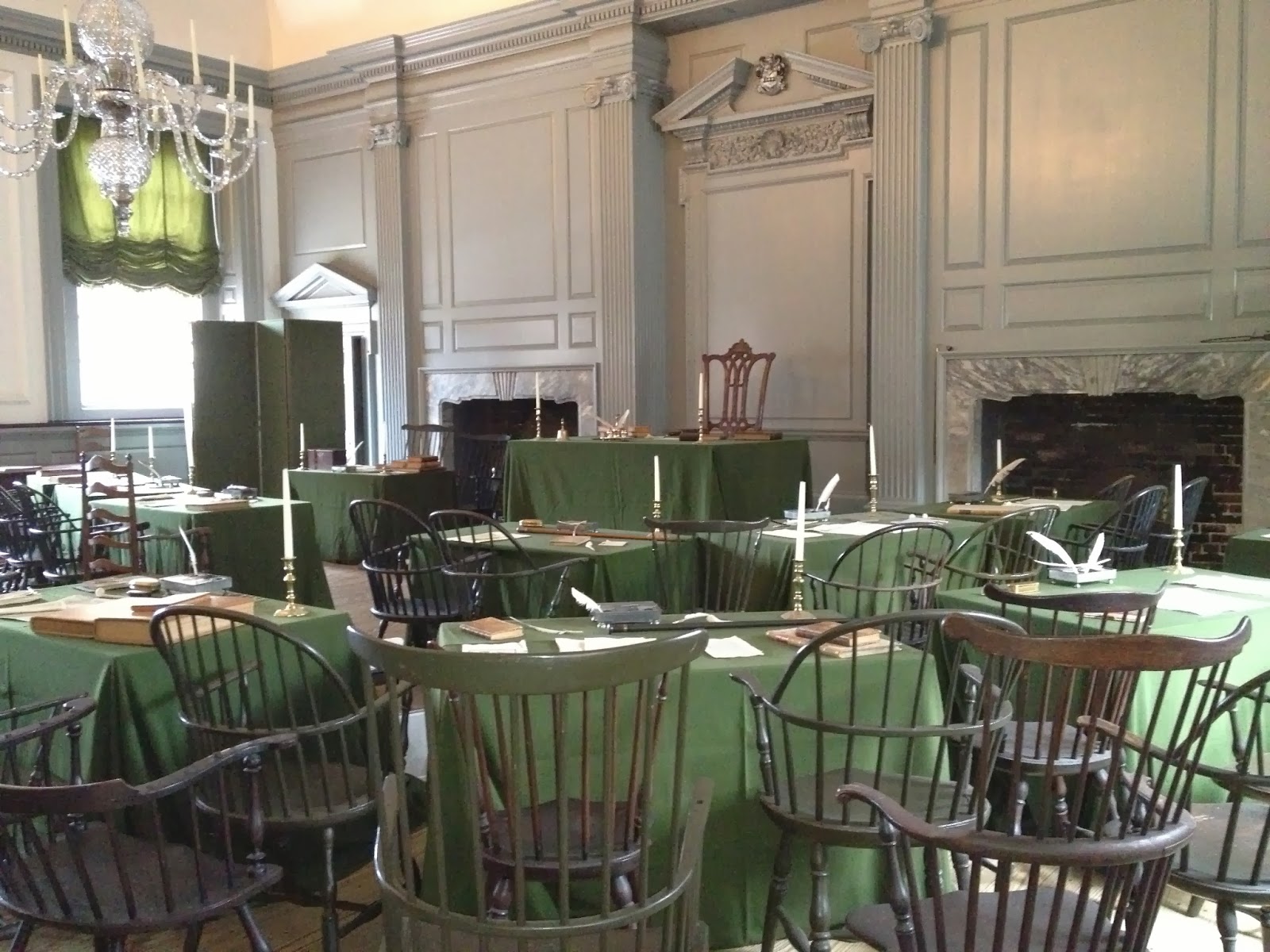 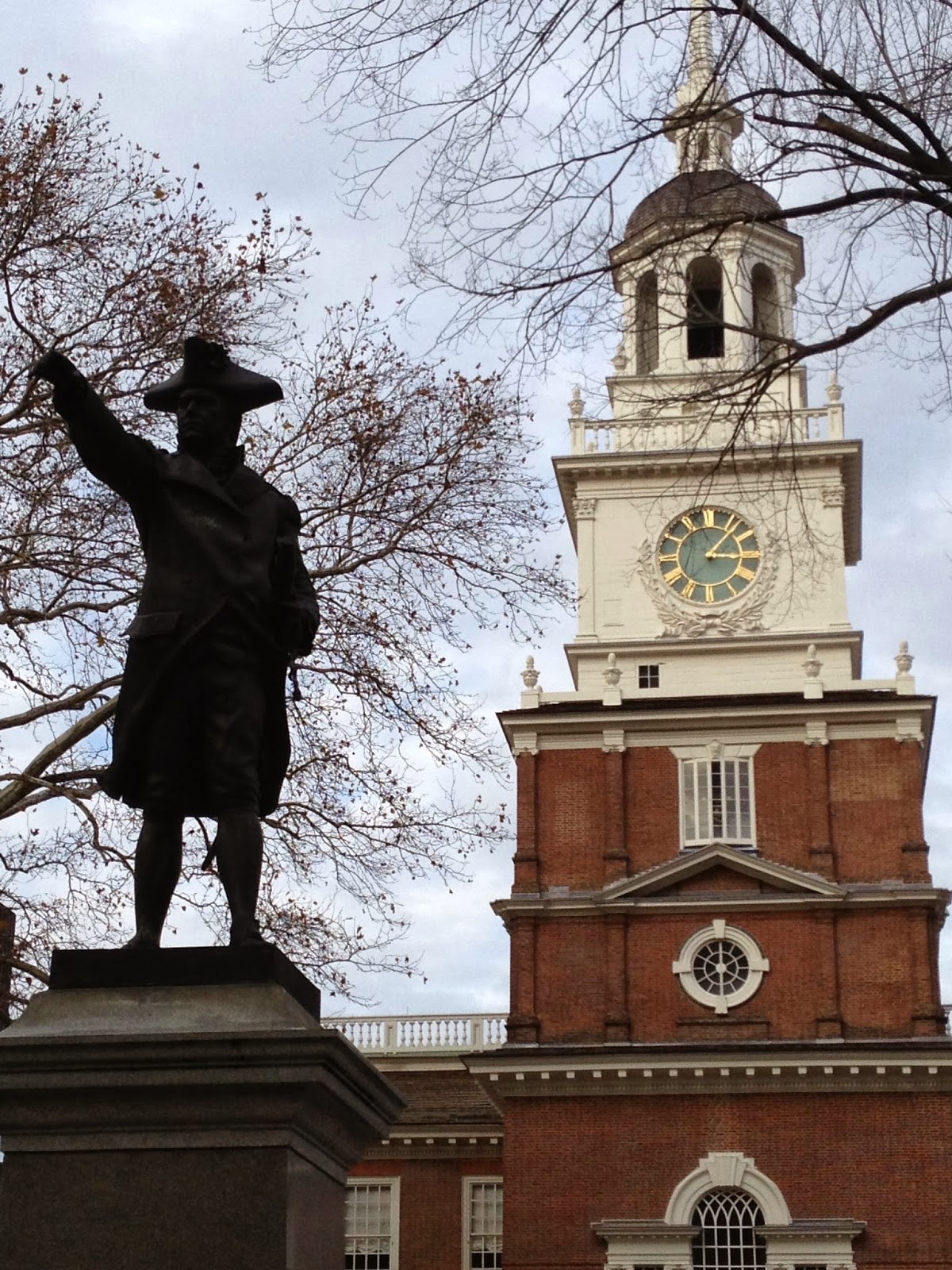 The courtyard just outside Independence Hall 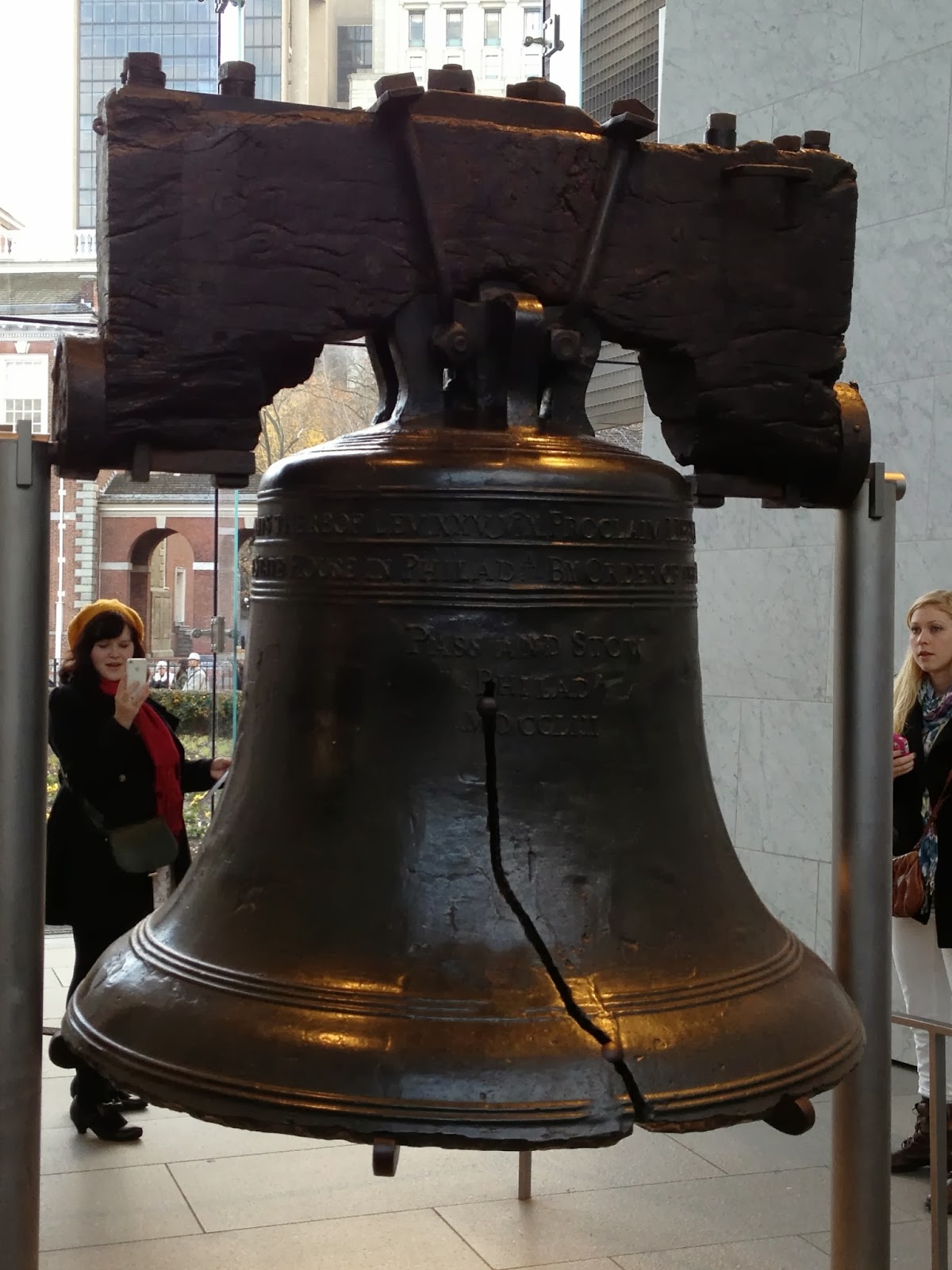 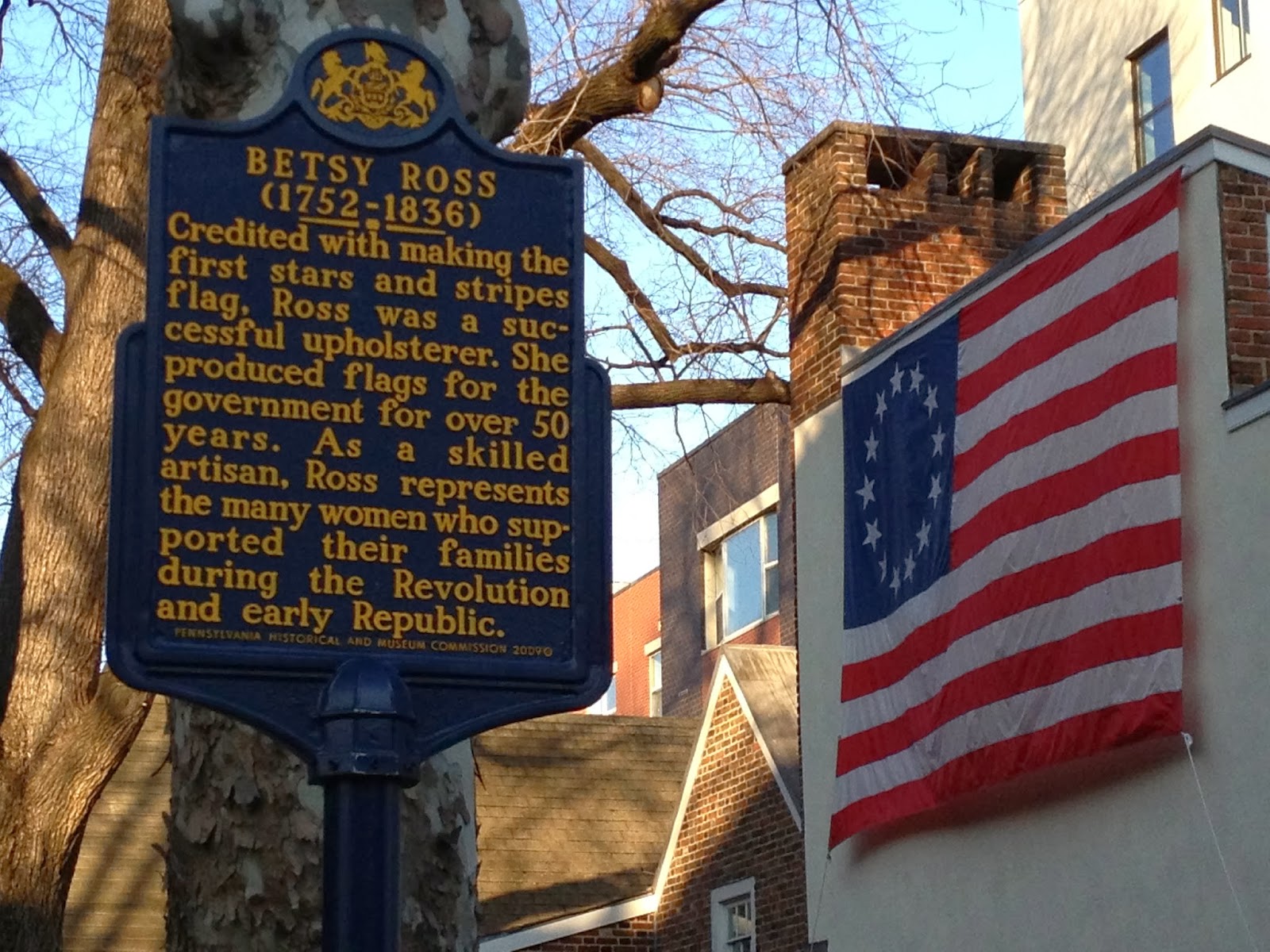 Just outside Betsy Ross' house.....you can see part of the house in the background. 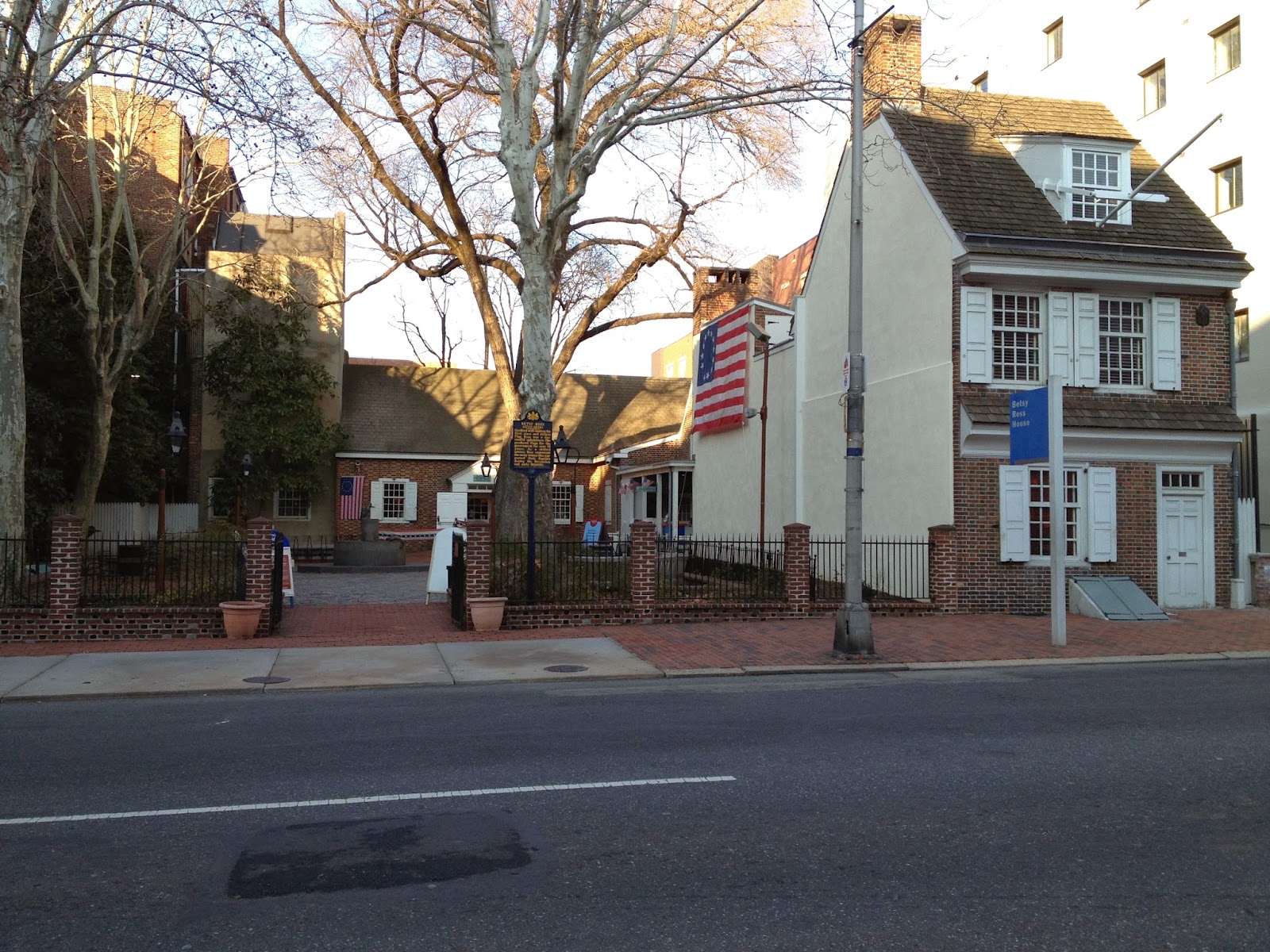 Betsy Ross' house........the part right behind the blue sign on the sidewalk. 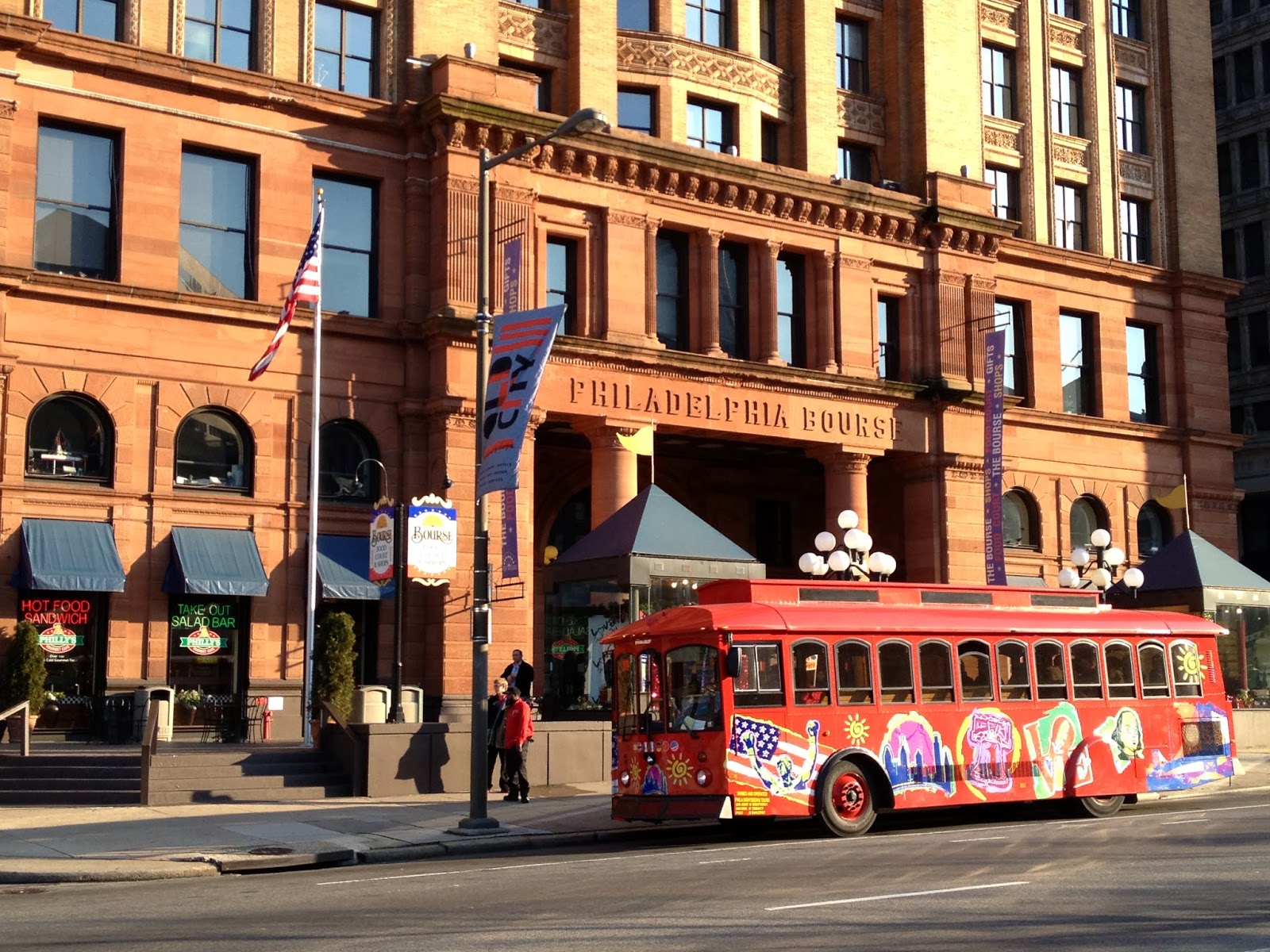 I love the architecture of the buildings. 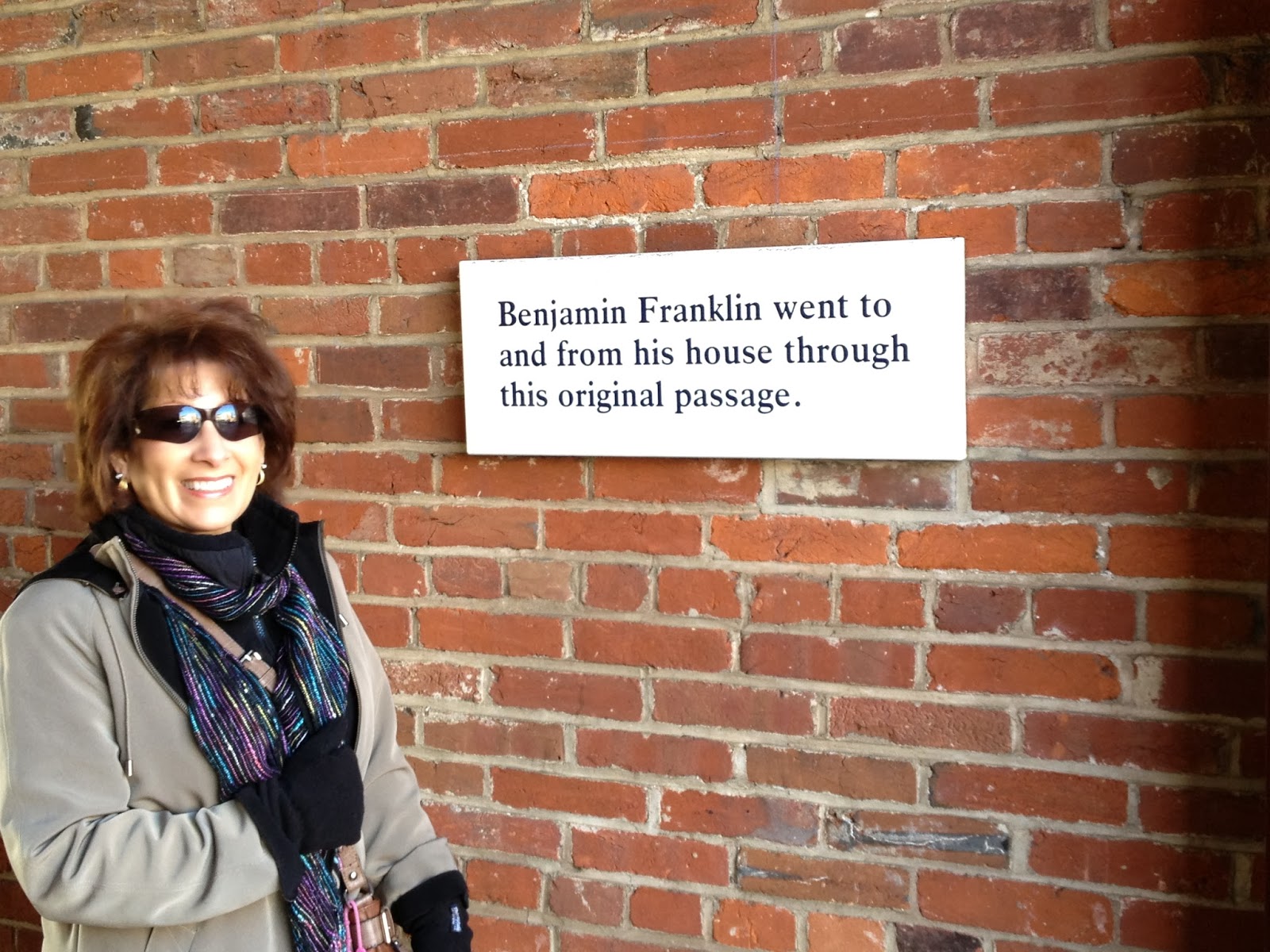 Dahleen at the passage-way between the street and the entrance to Ben Franklin's house. 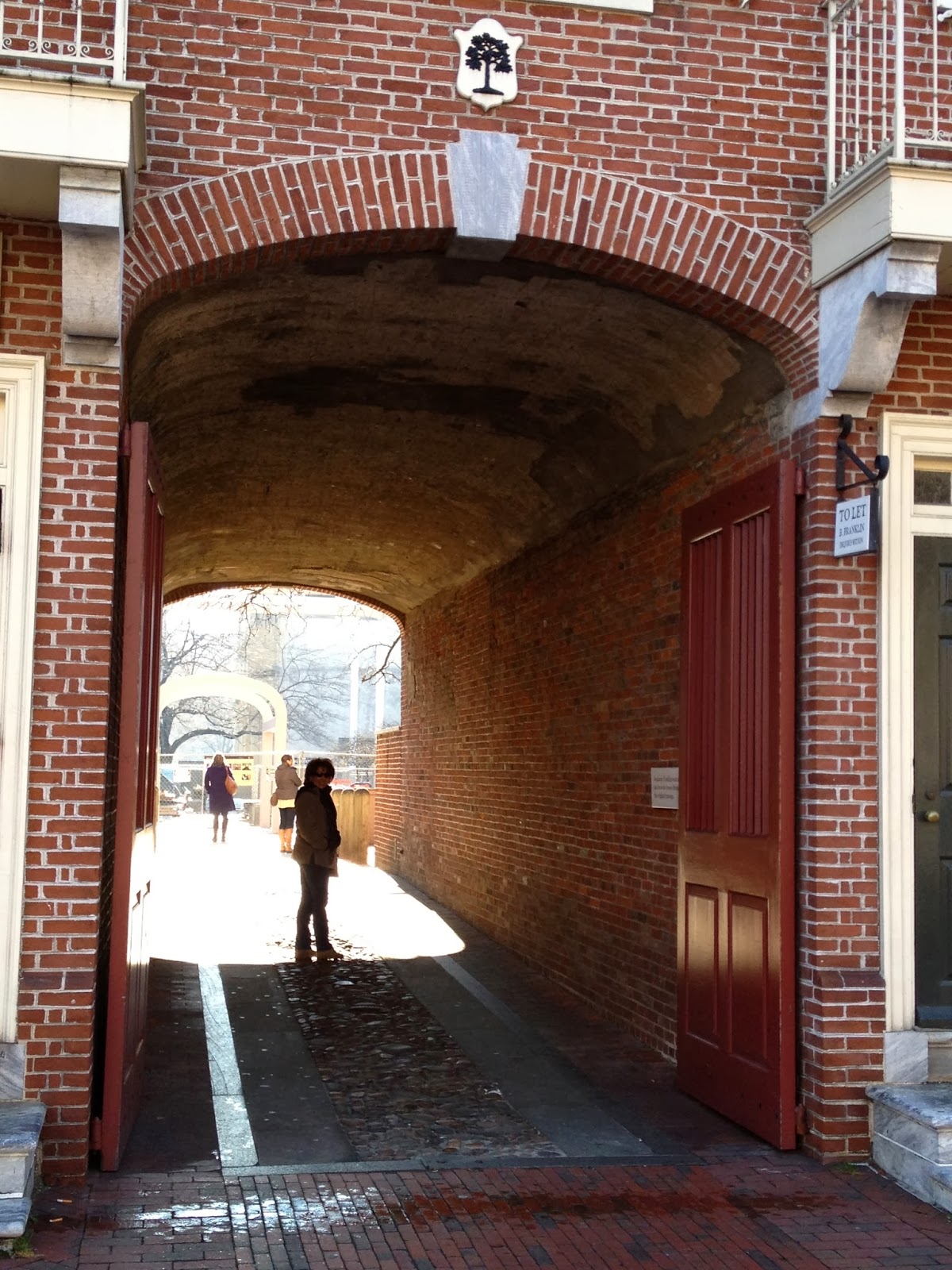 Passage-way to Ben Franklin's house from the main street. 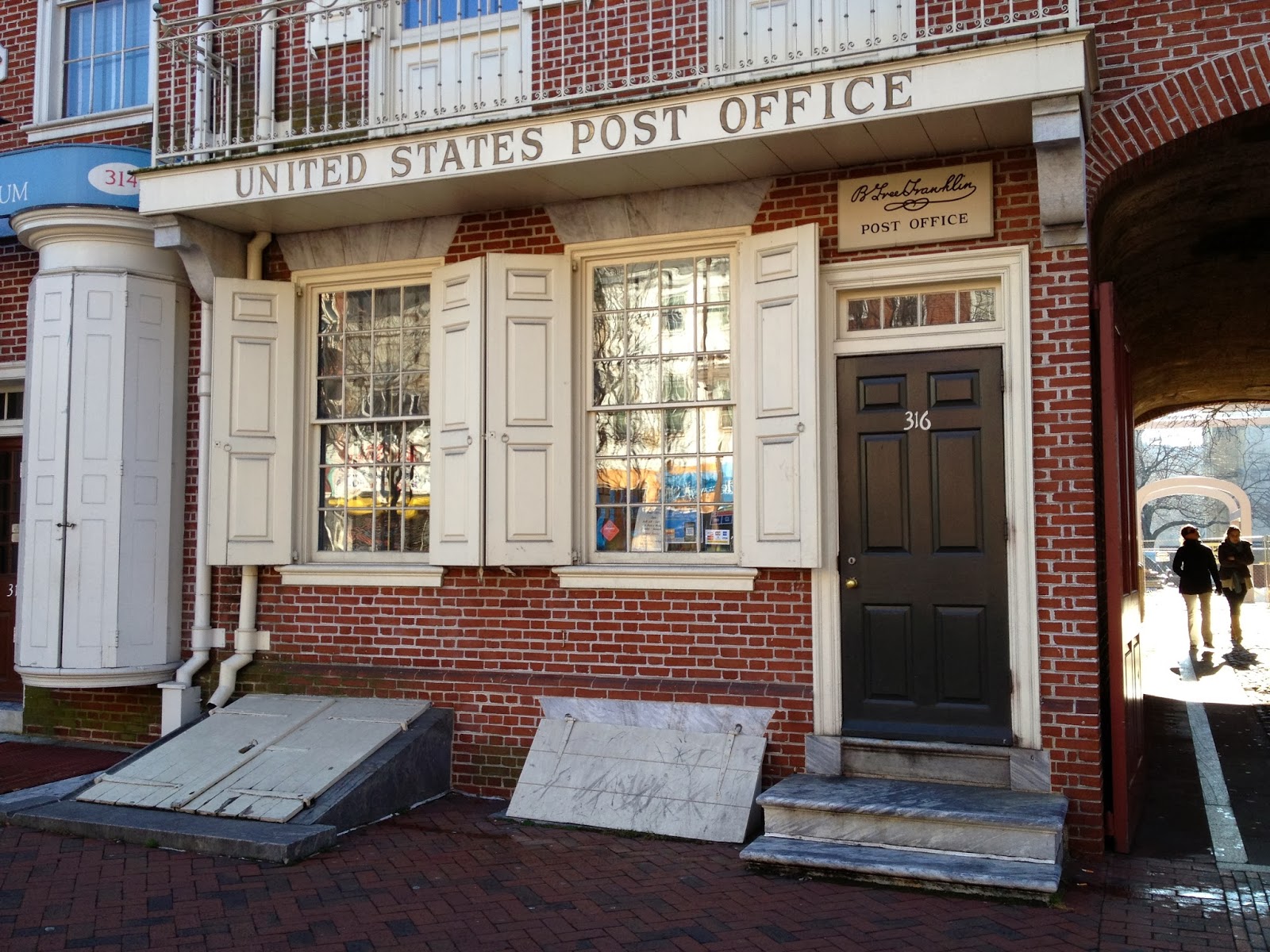