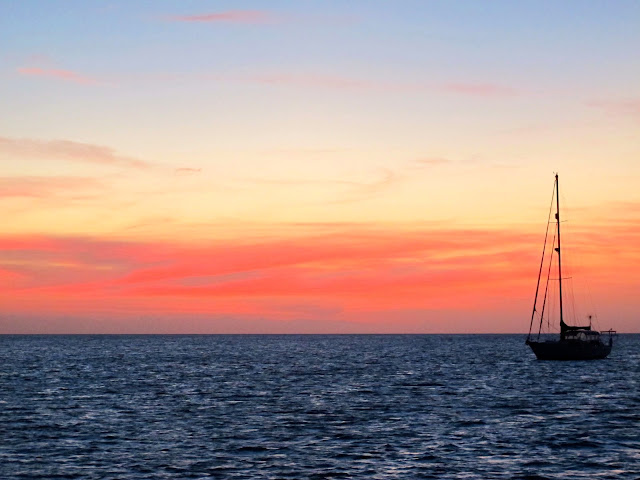 After spending a few days moving our stuff onboard for the delivery and getting a little familiar with the boat systems, we left the marina in Cleveland about 0800 before things got busy at the marina.

You know, you are always a little nervous taking the boat in or out of a marina, but (1) when you haven't been on a sailboat in 6 or 7 years, (2) and the boat is new to you, (3) AND the boat is 6 feet longer than your previous boat….. you are a little more apprehensive than normal.  I don't know how many times we have been entertained by watching another crew try to enter or leave a slip with a big sailboat.  (We have also been the source of other peoples amusement a few times in the past too).   Thankfully, there were very few people around when we launched and because there was no one around to see us, we handled the boat like we knew what we were doing.  LOL.

With clear skies and temperatures climbing to the high 70's.  Really a nice day with the exception there was no wind……motoring almost the entire way.

We saw very little boat traffic…this was a little surprising to us; but we did have more than our share of air traffic in the form of house flies.  Biting house flies.  There we were 8-10 miles offshore along the northern coast of Ohio and we were inundated with hundreds of common house flies that were obviously hungry….as in, bite-the-heck-out-of-you-hungry.  So in addition to motoring along enroute to Buffalo, our first stop, we waged a major war with the aggravating insects.  After an extended 8-hour battle we came out victorious.  We believe if you are going to war, you should win decisively and quickly.  Thank goodness we did have sufficient weaponry (fly swatters) onboard.

Other than the 'house fly war', our 22-hour, 155 mile trip across Lake Erie from Cleveland to Buffalo was great (uneventful), with us getting to know our new boat.

We will tell of our stepping the mast experience in the next post. 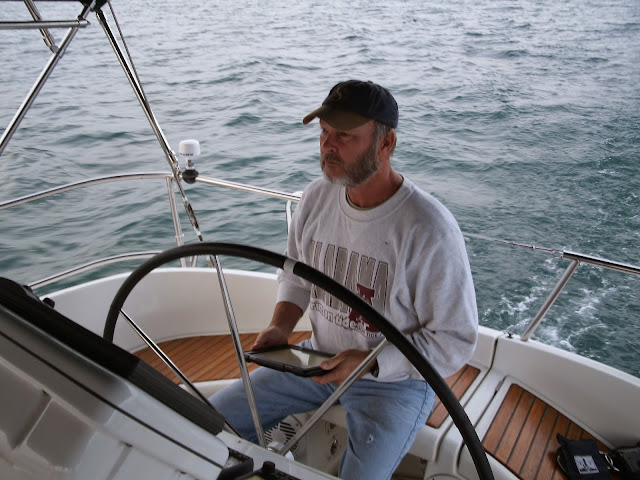 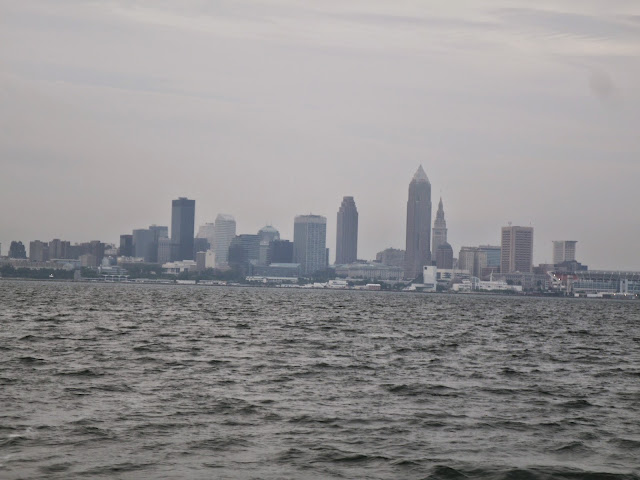 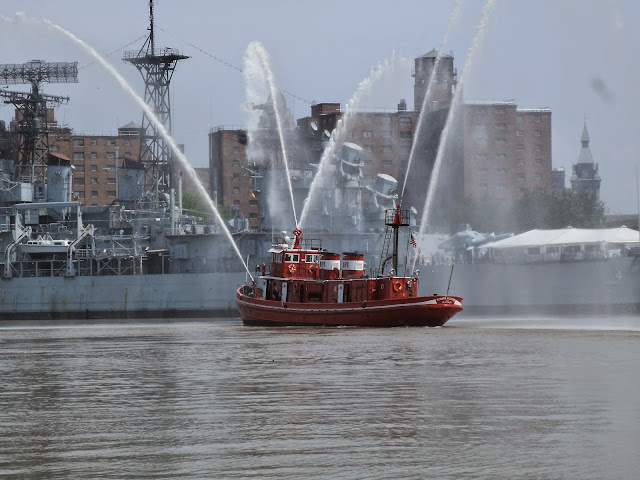 Our welcoming party coming into Buffalo….LOL
Posted by Knot Tide Down at 6:00 PM