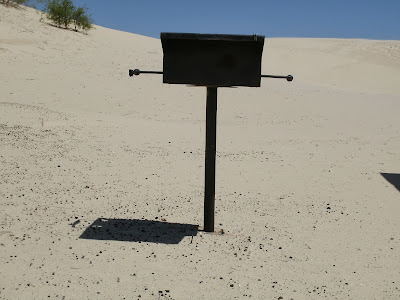 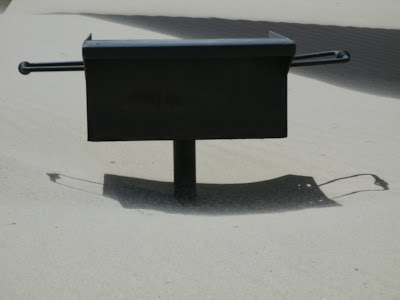 
We are entering into Monahan Sand Hill State Park, in Monahan, TX, the weather was sunny, very windy and 80 degrees. We have been here a couple of times and we both think this is one of the coolest state parks we have ever stayed in.  There is not a lot of "stuff" here...in other words, not a lot of activities, but it is gorgeous.   The whole park is located in an area of sand dunes just like you would imagine the Sahara Desert to be.  (I guess that's why they call it Monahan Sand Hill State Park, duh ?!?

This time we came in and shortly after we got set up the winds started blowing at 35-40 mph.   The sand was flying all over the place; swirling up in the air, around the roads forming big sand dunes making different shapes and literally changing the formation of sand hills.

It was pretty with the sun out shining on the dunes and its bright color white.   After the winds died down we took our bikes out and rode around.... you wouldn't believe the amount of sand that was moved around in the previous few hours.  Check the picture out.....grills being covered or buried completely under the sand!  After a couple of hours of exploring, we parked our butts in the motor home and relaxed the rest of the day. 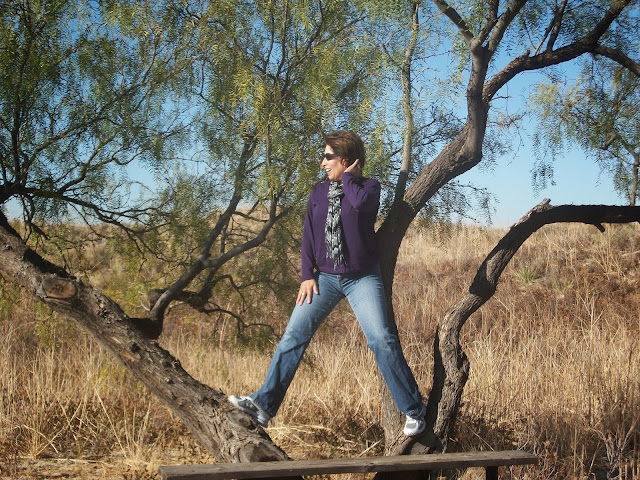 Dahleen in one of the cool trees throughout the park 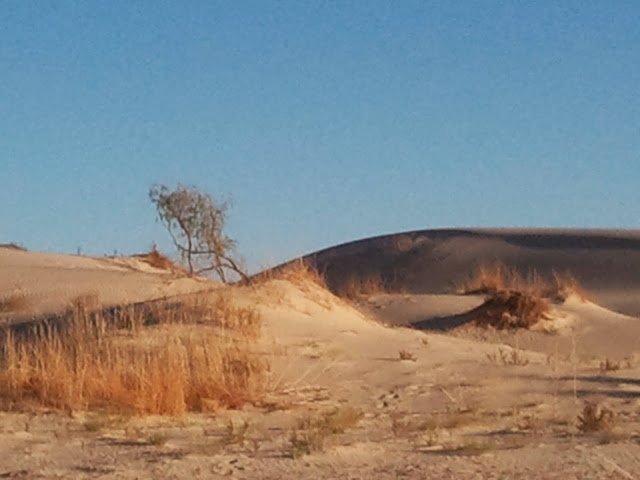 Our environment....it felt like we were in the Sahara Desert 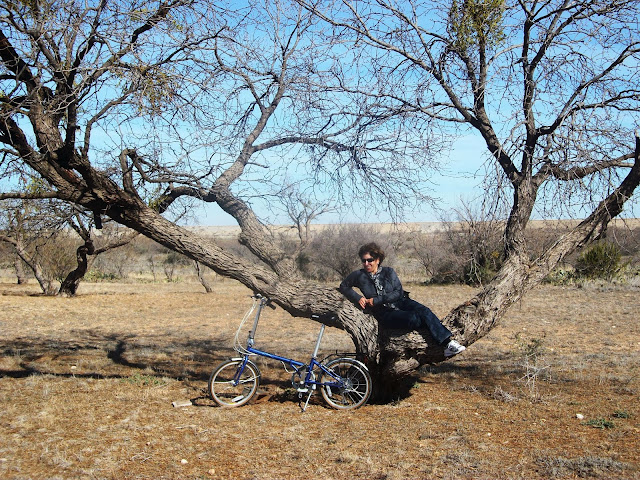 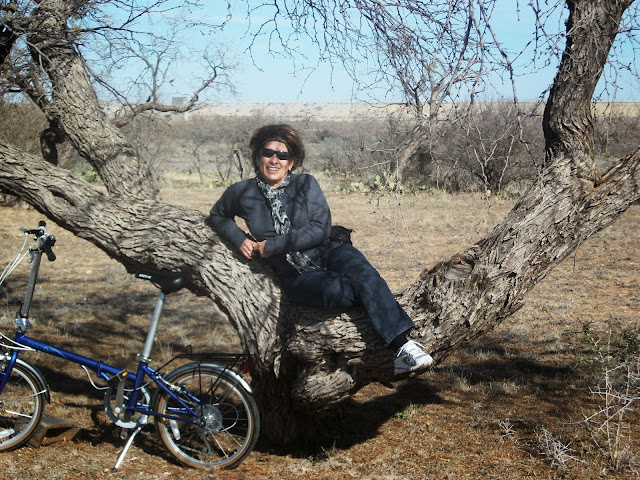 Dahleen and her folding Dahon bike from the boat.  Still a little chilly in early April.