WORKING (IN MORE WAYS THAN ONE) IN WEST TEXAS 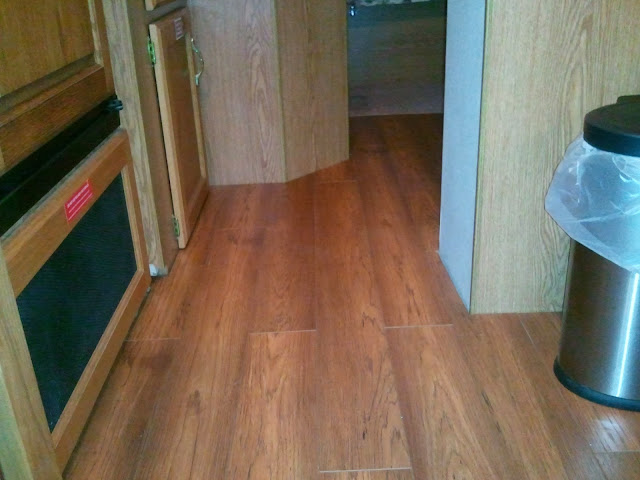 In addition to Greg working the EMS pilot gig, we have both been pretty diligently working on upgrading and redecorating the motorhome.  Greg's biggest chore has been tearing out the old carpet and flooring and replacing most of the area with "hardwood".  We did replace the carpet too, but the only places we went back with carpeting is the cab and the bedroom.  The rest is "hardwood".   We love the new look, and it is much easier to keep clean.

One of the things we haven’t done a very good job of is documenting in the all the work done and progress made on our motorhome upgrades.  We found a great deal on a used motorhome late last fall in Houston, TX.  It only had 11k miles on it and looked new, EXCEPT for the flooring.

The flooring wasn’t in all that bad of condition…..it was just super ugly.  The linoleum in the bathroom and kitchen area was OK, but the carpeting throughout the remainder of the MH was UGLY and somewhat worn.  The biggest problem was the color was a pink, mauve-looking color …..YUCK!!!

In the picture above you can see the finished, installed Pergo product.  We either didn’t take many pictures, or have stored them on a jump drive we can’t find at the moment.  It turned out very nicely, despite the installation headaches for Greg.  There were lots of places to cut around and funky angles to negotiate, but when it was finished it looked great.

We really enjoy traveling together in the motorhome.  Greg has become an expert driver, having never driven a BIG vehicle before.  (It was nerve wrecking for him leaving downtown Houston at 03:00 pm, in crazy traffic immediately after buying the motorhome.)

We have already put more miles on it in the last six months than the previous (only) owners had in six years.  We are looking forward to doing this until Greg finds another job that is more lucrative. :-)

Just so you don't think all we did was work during this trip, we did get out and ride our motorcycles several times.  Both times the weather was great, the rides were fun, and Greg ran out of gas.  In his defense, the Road King has the same gauge as his Fat Boy and they aren't calibrated the same.  The first time he ran out after riding 220 miles, the next time he had ridden only 180 miles.  Anyway, it gave me a chance to rib him about it.

Probably the best part of this trip was getting to fly with Greg from Ft. Stockton to Odessa and back on a ferry flight.  It was a blast...I can easily see why Greg enjoys his job so much.  The rush of flying in a small helicopter above such beautiful landscape would be a dream job for me.  Even though I have flown a lot of miles as a flight attendant, it doesn't come close to comparing to flying in a Bell-206 or a Hughes/MD 500.  I had flown with Greg before in a Blackhawk, but even that isn't as cool as flying in a scout-type aircraft.  It was a great way to finish off our West Texas trip. 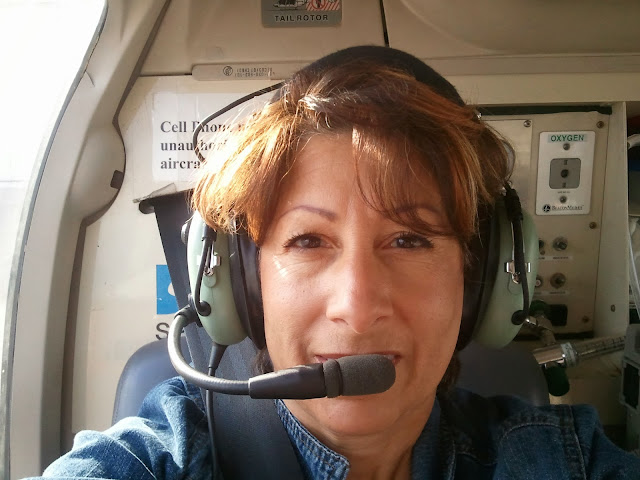 Dahleen flying from Ft. Stockton to Odessa and back in a Bell 407


Here are a few other photos of the Motorhome interior after some remodeling....warning, photo quality is poor: 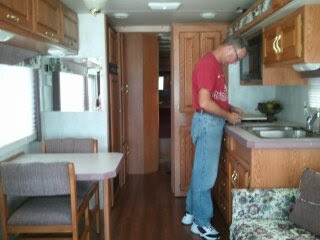 A Little Out of Focus 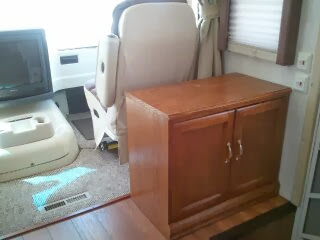 Our TV table..We move the TV to the top of our bed when we move. 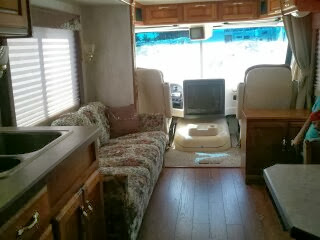 Our last upgrade will be to redo the sleeper sofa....we hate the floral patterned fabric. 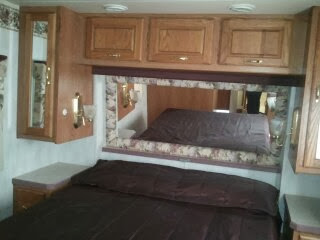 Next project, replacing the fabric around the mirror.....yuck! 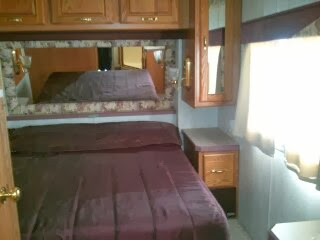 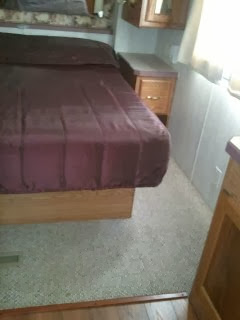 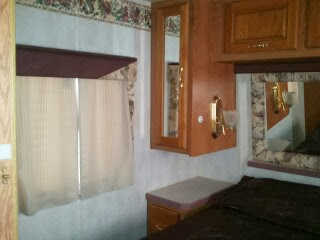